VIP
Vee video sex 💦
Greetings, in need of soothing, attentive companionship? Then look no further. Allow me to pamper you and lift you to Heaven! I promise to give you...

Migori is the second most viable urban center in Luo Nyanza after Kisumu city. Migori is unique because of its multi-ethnic makeup consisting of Dholuo speaking people, Abasuba community, Abagusii, Abaluhya, Indians, Arabs, and Somali people. Find hot escorts to fuck in Migori today. Only on Exotic Kenya

joy
hello, gentleman am a proffesional masseuse contact me and lets have some fun time together. xoxo ... 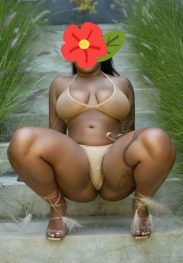 PREMIUM
Call joy
VIP
Vee video sex 💦
Greetings, in need of soothing, attentive companionship? Then look no further. Allow me to pamper you and lift you to Heaven! I promise to give you...

Call Vee video sex 💦
Talia Video call and nude
Hi, I am your part-time lover and full-time emotional support girlfriend. I am a hopeless romantic and a spiritualist. You will find that my unconven...

PREMIUM
Call Talia Video call and nude
Trishha
At first glance, you will be bewildered by my intoxicating smile, long legs and flowing hair. I wonder if you will notice first. I take pride in my ap...

Welcome to Migori, A jewel in the making

Also known as Suna-Migori, Migori is a multi-ethnic municipal town that acts as the capital of Migori County, Kenya.

The town is located 63 kilometers south of Kisii town and 22 km north of the Tanzanian border. The Migori Metropolitan area consists of Migori municipality and the adjacent smaller towns. The area has three constituencies namely Suna East, Suna West, and Uriri.

As compared to most Nyanza towns, Migori is unique because of its multi-ethnic makeup consisting of Dholuo speaking people, Abasuba community, Abagusii, Abaluhya, Indians, Arabs, and Somali people. Increasingly, there are also westerners living in the town engaged in mission activities as well as gold mining at Macalder Mines.

It has close proximity to Uganda via Lake Victoria through Migingo Island and its land and lake border with Tanzania at Isebania, Kehancha, Suba West at Kopanga and Kogaja Villages and Muhuru Bay.

Migori is connected by road to the Masai Mara national park, but the road is not in a good shape. The road to Isebania is well tarmacked from Kakrao to Mwanza in Tanzania.

You will never get bored in Migori. There are plenty of nice hangouts to enjoy a chilled drink and meet and chat with sexy girls in Migori Town. M01 club Isibania is a chilled bar and grill to party the night away.

Whispers Sports Pub is another great spot where you will meet the most amazing dancehall deejays.

Lakeview Bar and Restaurant is a nice place to crash for a night or two.

There’s plenty to see in Migori among them Muhuru Bay where you will think you are down at the Kenyan coast. White sandy shores lined with palms and magnificent natural sites and bays are what welcomes you here. You can enjoy delicious Nile Perches, Tilapia, Kamongo among other fishes fresh from Lake Victoria. There is a beach hotel named Muhuru Bay Beach Hotel where events such as boat excursions, exploring, fishing, bird watching happens.

You can also cross the border at a rural post in Kopanga and enjoy the serenity of the rural folks at Suna West as they plant cassava on the fields and cross the border between Kenya and Tanzania as if the border doesn’t exist.

God Kweru Shrine, locally known as the “Calvary” this place is a religious site for the Legio Maria followers a traditional African religion formed to fight colonialism in the 1940s. The followers of Legio Maria host their yearly pilgrimages at the Got Kweru shrine in Suna West

Gogo Falls also makes another nice stop-over while in Migori. The dam which was built on River Kuja in 1957 provides a capacity of about 60 watts and is a primary source of power for the towns in the county and water for the dams.